With new technology comes new possibilities to execute technique. If we look to the trend of advents in internet protocols, we see how particular innovations in the information technology domain resulted in tremendous transformative effects in social, economic, and political arenas. The TCP/IP protocol allowed for the identification of independent computers, and for the transfer of information between computers in the nodal network of the non-centralized global communications system (the internet we know today). HTTP brought us the hyperlink. SMTP brought us email. DNS ushered in the “World Wide Web”, allowing every website to have a unique name (URL). There are many other protocols worth mentioning (such as XDI). Like the technical protocols that have come before, OpenSound Control (OSC) may lay the foundation for a new level of collective interaction in the realm of art, music, and multimedia.

OpenSoundControl (OSC) is a protocol for communication among computers, sound synthesizers, and other multimedia devices that are optimized for modern networking technology. Bringing the benefits of modern networking technology to the world of electronic musical instruments, OSC’s advantages include interoperability, accuracy, flexibility, and enhanced organization and documentation.

OSC integrates within the set of other standard internet protocols. 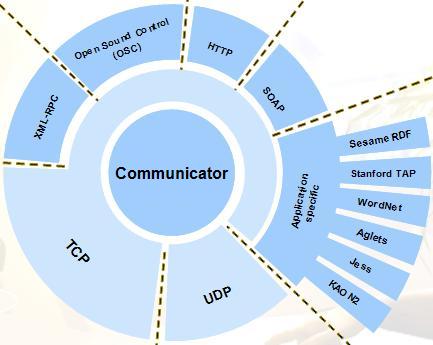 It appears that OSC is intended to supersede MIDI in multiple aspects. For one, OSC uses standard ethernet cable to transfer more information, with more flexibility and control of the types of information, with much less latency (operating at broadband speeds). Since it uses TCP/IP Ethernet, various types of data can be transfered and synchronized between an assortment of devices and applications, and more—such transfers can happen over any network, local or non-local—including the internet. This could make for some very interesting and novel capabilities in group multimedia collaboration, and in multimedia interaction with internet data and APIs (such as real-time multimedia data interpretations of collective processes).

OSC is implemented with a wide arrangement of audio and multimedia creation software (such as CSound, Max/MSP, Quartz Composer, and Pure Data). There are also some interesting devices emerging that use the OSC protocol—such as the incredible multi-touch screen control interface, the Lemur, and an iPhone application. 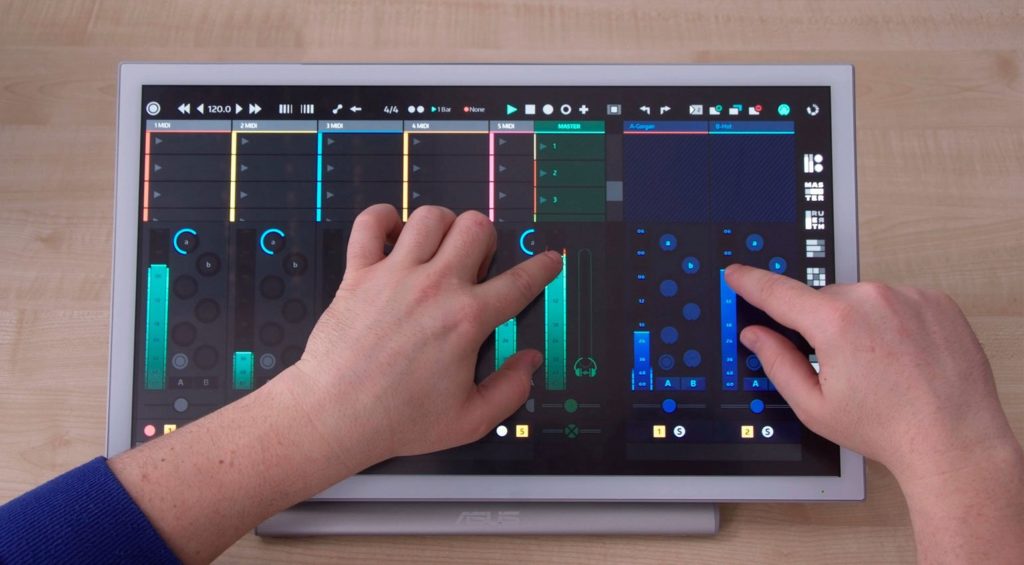 What is the extent of possibilities with this new technical protocol? Pierre Levy, in his principle work, Collective Intelligence: Mankind’s Emerging World in Cyberspace, speaks of the necessity of some type of new collective language:

We are thus in the situation of a species whose members … have not yet achieved the state of collective intelligence of the culture for lack of an articulated language. How do you invent a language that no one has spoken, for which there are no records, no examples, and when we lack even an idea of what such a language might be?

My sense is that OSC is yet another key technical advent in the gradual crossing of the threshold into the realization of such a language, the awakening of collective consciousness, and the first coherent articulations of collective intelligence.

Now we may begin to collectively utter the early instances of an “over-language“. Such a language will not be on the same level as English, Chinese, or French. This meta-language, as a universal language of consilience, will transcend and include all preceding cultural contexts, and synthesize the diversity of our human strands. It will extend from our established media and data bases, yet somehow also surpass rational associations to the semiotic. It will engage us directly with an authentic immediacy and novelty that mimics the impulse of evolution itself. It will orient us, reflect our comprehension of ourselves, our reality, and our purpose in a type of synaesthesic hyper-poetry that continuously describes the nexus where each individual traverses the multitudinous terrain of collective being. It will arch like a rainbow across the noosphere, sprouting spontaneously upon the fresh and tender tongue of the collective psyche in astonishing response to sensing ourselves as a symphonic orchestration in participation with cosmic evolution. 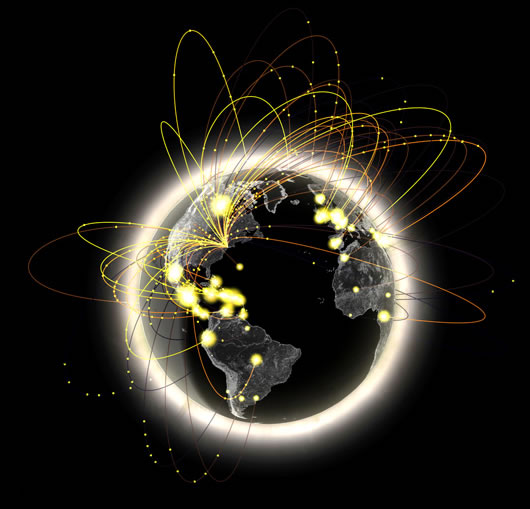